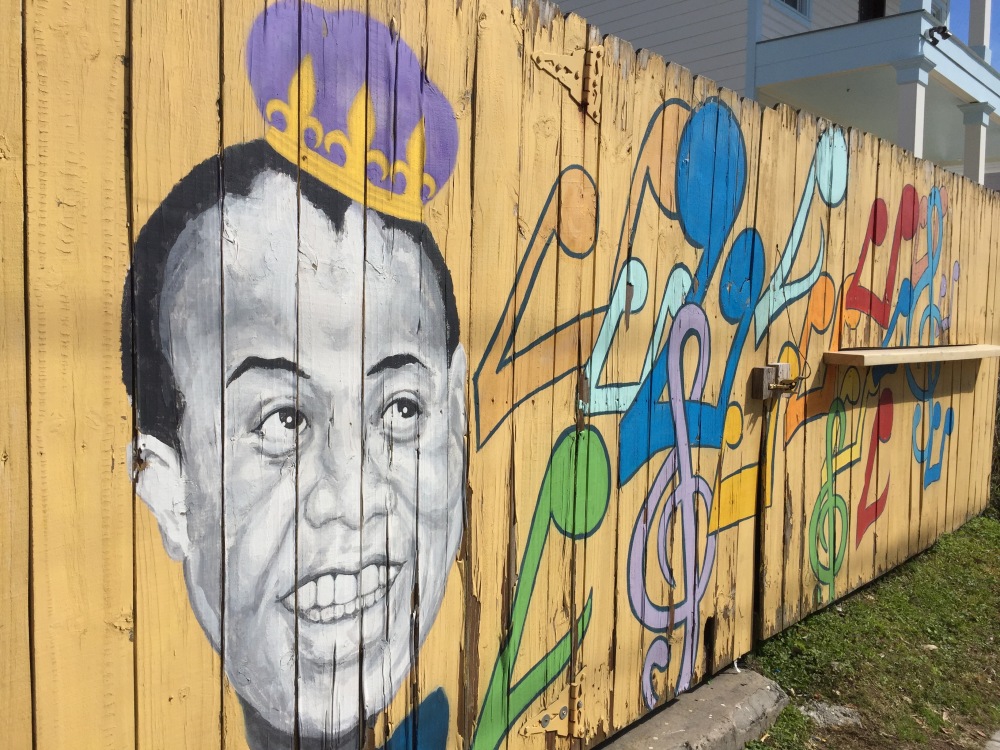 I’m a huge fan of the public sphere. I love parks, libraries, sanctioned and illicit public art—if there’s something out there that belongs equally to everyone or can be consumed by everyone, I’m totally behind it. So you know, I love radio. In fact, on short car trips, I try to avoid listening to anything but, because it’s this simultaneously anonymous and communal experience. These days, when we all consume our media individually and exactly when we and how we want to, I like the idea that thousands (or in some cases, hundreds!) of my fellow southern Louisianans are hearing exactly what I’m hearing at any point in time.

And New Orleans has the best radio, y’all.

When I moved here for real (there was a “soft move” in spring that didn’t fully stick), it was November and unseasonably cold and rainy for New Orleans. I was going through a breakup, my 17-year-old cat was terminally ill, and I definitely did not have the energy to embrace all the fantastic offerings of my new city.

So I spent a lot of time in my kitchen, telling my cat how much I love him, experimenting with making chicken noodle soup from the chicken wings I bought for the cat, but that he was too sick to eat (as a former long-time vegetarian, I pretty much don’t cook meat!), and sitting at my big-box-store does mid-century mod kitchen table, aglow with cozy lamps, exploring the airwaves.

Here’s what I found on the FM dial:

I’m starting here because many people consider this quintessential New Orleans radio. This station was founded in a small space above the uptown bar, Tipitina’s, in 1980, by two brothers from Texas. It started as volunteer-staffed 25K watt community radio, with the idea to play New Orleans music for New Orleanians. The station name stands for the “Wonderful Wizard of Oz,” because the founders, Jerry and Walter Brock, wanted listeners to “pay no attention to the man behind the curtain.” The music was supposed to be the station’s focus, rather than DJs and “radio personalities.” But that doesn’t mean some big personalities weren’t helping out behind the scenes (ahem, Al Rose, Ellis Marsalis, Kidd Jordan and Bunny Matthews). And ultimately, there were some big personalities with their own on-air shows, such as Ernie K-Doe (of the “Mother in Law” song-and-lounge fame).

From the start, WWOZ hosted artist interviews and in-studio performances. Now it’s a listener-supported 100K-watts nonprofit, that operates from offices in Treme’s Louis Armstrong Park (and pays staff!). The station is known for southern roots music, such as jazz, blues, zydeco, Cajun, old time and Gospel. But often, it has amazing Latin music—bosa nova, salsa, bachata, rumba, etc. And every year, it broadcasts live sets from Jazz Fest.

So this is big corporate radio (I Heart Media aka Clear Channel), but this station is sooooo good, particularly if you grew up in the 90s. It’s nothing but classic hip hop, r&b and soul—heavy on Dr. Dre, Missy Elliot, Salt n Pepa, Notorious BIG, NWA, Sugarhill Gang, OutKast, etc. There’s also a healthy dose of NOLA/early Cash Money Records—Juvenile, Mystikal, Master P, Soulja Slim and Lil Wayne. Stir in some Erykah Badu, add a dash of Prince, and you’ve basically got a Radio Gold cocktail.

This volunteer-run station was founded in 2009 by an activist and infectious diseases doc, Dr. MarkAlain Dery, to educate New Orleans about prevention. Its tag is, “We’re not a radio station with a mission. We’re a mission with a radio station,” and ALL of its programming is dedicated to social justice. You can hear shows created by inmates in Louisiana prisons, culinary programs with a focus on healing through food, snarky takes on city council meetings, lefty takes on local and national news, programs on mental health and civil rights, and a program called NOLA Matters that covers everything from healthcare availability to the local Muslim community. There are also shows with names like Abortion Diaries or Resistance Radio (the latter keeps listeners up-to-date on local activism and lets them know how to get involved), and shows featuring protest music, Native music and local music. Plus, this station airs Democracy Now daily.

Radio Tropical is dedicated to Latin music. There are some classic Latin genres and some ballads, but it’s heavy on reggaetron, dance hits and pop. It also has news and sports in Spanish.

Tulane’s radio station is run by (sometimes talky) students, who play whatever they want. The result is an eclectic mix of general awesomeness (indie rock, surf, garage, and live studio sessions) and a little awkwardness (electronica). This is another place to get your daily Democracy Now fix.

WTIX is a locally-owned oldies station that has been on-air in some form since the 50s. On weekdays from mid-morning to early afternoon, there’s a mellow mix of 60s and 70s hits (think the Carpenters, the Tremelos, the Hollies, James Taylor, Elton John, the Allman Brothers, etc.)

This is NOLA’s local NPR station, run out of the University of New Orleans. It has lots of the familiar national news and programming, but it also carries local shows, such as the environmentally-focused Coastal News Roundup and the excellent Tri-pod New Orleans series, focusing on different angles of city history in honor of it’s 300 birthday (which was actually in 2018, but at that age, who’s counting?)

I actually never listen to this one, but the idea is awesome, so I’m including it. On the nonprofit WRBH, volunteers read news (such as the Wall Street Journal), magazine articles (such as the New Yorker) and books, to make these things accessible for the visually impaired, 24/7. Sometimes these readings are in Spanish, French or Vietnamese (our three major non-English language groups in this city).

This station is run by Delgado Community College and has a less hipster, more global vibe than Tulane’s station. It seems more like the first-generation college kid station (which I’m sure it is) than Tulane’s, and I love it for that. You’ll find reggae, jazz, vintage country, Latin music and world music here.

*Ok, that’s it for this first edition of “New Orleans Radio, How I Love Thee.” Maybe the next time it’s rainy and I’m depressed, I’ll explore the AM dial!

If you already have explored the AM dial or know of great New Orleans stations I missed, leave a comment. Thanks!