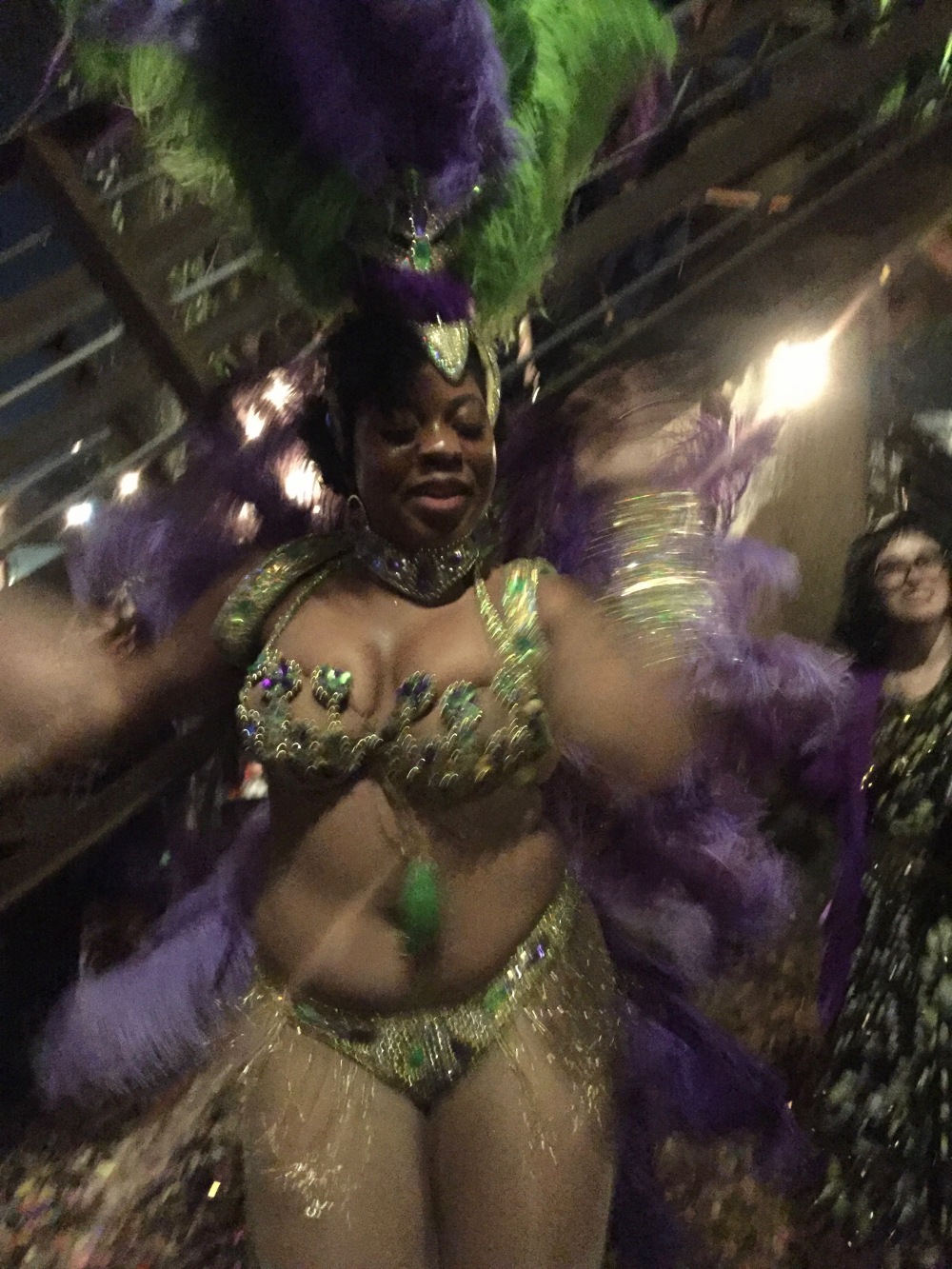 A few days ago, I went to the Black Orpheus Music Box Mardi Gras Ball. I’m telling you about it here, in the hopes that you’ll check out other sure-to-be-fab events at Music Box Village. (And for the non-locals out there, if any event is describes as a “Mardi Gras ball,” feel free to wear something flashy/ridiculous. Sequins, headdresses and bright feathers are totally appropo.)

So many fantastic components came together to make this magical, shimmering spectacle…

Often throughout this experience and particularly during the performance breaks, I felt an interior expansion of sorts—an overwhelming love for this city. So much that happens here would ONLY happen here. I am so lucky to be here, to constantly swim in sound, art, generosity and history, among beautiful, un-self-conscious people, who are willing to dress up, dance, sing, play and create. Who risk and fail and try again, and don’t judge themselves or others for the effort.

This is the kind of city where you can go out alone, on a cheesy made-for-commercializing-coupledom “holiday,” such as Valentine’s Day, sit next to a carpenter/jazz musician from a tiny fishing island in Maine (he has friends/works here in the winter), and hear about his past lives in Thailand and Kuwait. And dance later, alone or with other temporary new insta-friends, and then come home to a random chat with the life-long New Orleanian who lives in the duplex next door, while still wearing the amazing sequined capris she gave you earlier in the night. (Rub them one way and they’re silver, the other, they’re rainbow. Thanks Casie and Target’s kids’ department!) 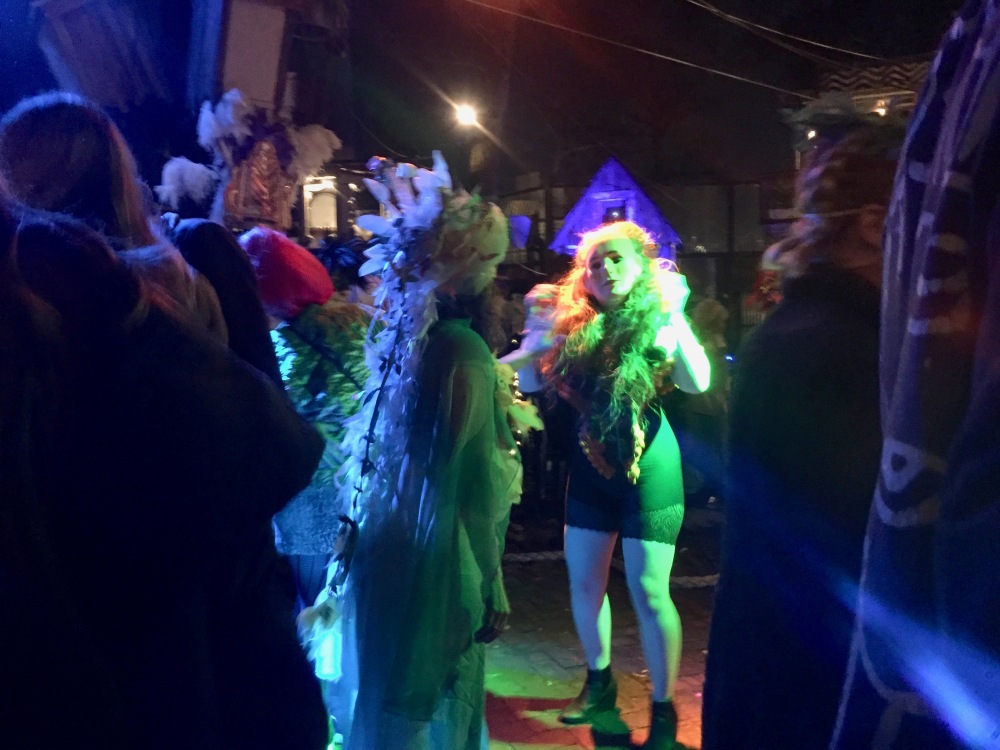 And thanks, Music Box Village, for the care and planning you put into your events, and Casa Samba! and Skull & Bones Gang, for generally being awesome. Thanks, Stephen, for sharing your stories and hearing mine.

Remember, Music Box Village (4557 N Rampart St., in Bywater) is outdoors and unpaved, so dress for the weather. If it’s a movie or a sit-down event, maybe bring a blanket, because there are some benches and bleachers, but not many. The parking lot is reserved for handicapped/elderly, so bike, ride-share or be prepared to find street parking. This shouldn’t be too difficult during a normal day, but it can be tough when there’s an event.